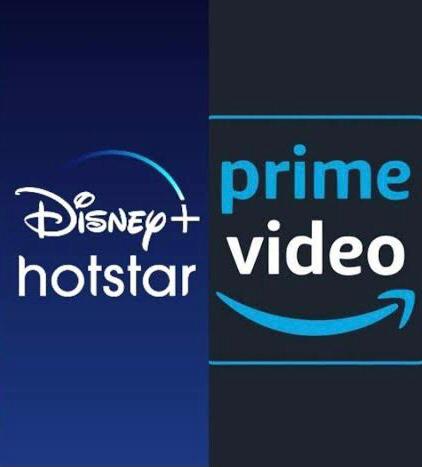 In recent years, viewers in India have switched their eyes away from cable television and more to online streaming sites. Hotstar and Amazon Prime Video have gained popularity among the OTT platforms. When you are bored with your monotonous routine, you might choose to watch a movie or a recently published web series, so both these online streaming options are the best.

Here’s a simple comparison between Hotstar and Amazon Prime Video

Hotstar is accessible via  variety of platforms, including the web, iOS, and android. The service is also accessible via Galaxy SmartTVs, Amazon FireTV Stick, Apple Tv, and Android Tv. Hotstar has  2 different options for plans: annual for Rs 999 and monthly for Rs 299. Moreover Premium (Annual Plan) at Rs.1499.

2) Amazon Prime Video is available on a variety of devices, including Amazon FireTV Stick, iOS, android, PlayStation games, and SmartTV. It also has two plans: an annual plan for Rs 999  and a monthly plan for Rs 129. Moreover Notably, Prime Video also provides new subscribers with a  30-day free trial.

With a Premium membership of hotstar subscription, you will get accessibility to all  new content, including movies from Disney, Marvel, Pixar, and Star Wars. It also includes Hotstar Originals and the whole portfolio of English movies and TV episodes. A huge selection of Disney+ content is now available in 4K high quality.  The Hotstar OTT app is simple to use, with personalized suggestions and good high viewing and downloading speed.

The Amazon Prime OTT platform customizes its content to you by recommending series and movies based on your previous viewing patterns. Amazon provides 4K material and does not charge a premium for it.

Both of these platforms provides a vast range of content, but it is the volume, type, and quality that differentiates them. The platform or mix of platforms that are best for you is slightly influenced by the type of your choice of shows you wish to watch.

Hotstar’s coverage is India-centric, with all Indian programs and movies offered. All of the main channels, including Star Plus, Star Jalsha, and Asianet, are available for streaming. Furthermore, if you love cricket, you may watch the IPL on Hotstar. It also covers other sports like football, kabaddi, tennis, and hockey.

Similarly, you can view any Television show or movie that has been made accessible to watch on Amazon Prime Video. In addition to Amazon originals, you can watch films in a variety of themes and languages. It also streams original shows like Hanna and Homecoming. Web shows on Amazon Prime, such as Mirzapur, are more popular than hotstar.

Some of the best shows on hotstar include:

We’ve all heard narratives from Mahabharat. However, if you watch the full program, you’ll be surprised by the complex plot and large cast of characters. It tells the story of two families, the Kauravas and the Pandavas, whose conflicts lead to a huge war that includes divine inspiration from the Hindu god Krishna. It is one of the most popular shows on Hotstar. 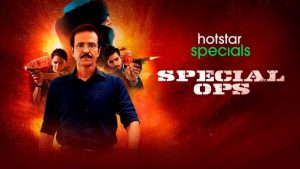 This is a Hindi web series spy thriller on Hotstar that follows a RAW agent who suspects only one terrorist is behind a spate of terror acts. 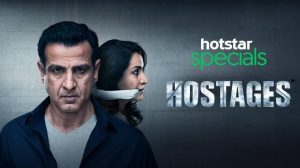 This is the best crime drama web series on Hotstar. In this series, 4 masked men kidnap a doctor’s family one night before a very powerful politician’s operation. She will have to choose between protecting her family or treating her patient. 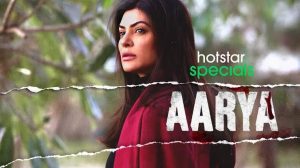 This is the tale of a loving, and happy family in Rajasthan that is shaken by the shocking murder of its father, and the female lead is now in charge of the entire investigation.

Some of the best shows on Amazon Prime include: 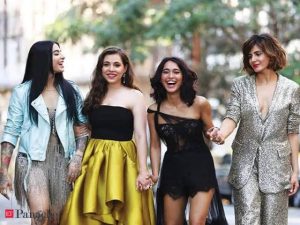 The series follows four proudly imperfect women as they earn, romance, make bad decisions, and discover what drives them to tick in modern Mumbai through lifelong friendship and glasses of tequila. It is a lighthearted fun show that will surely provoke some feelings and make you miss your female buddies. 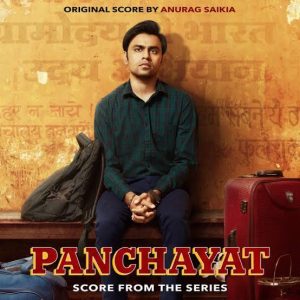 After being unable to find a job in multinational corporations, an engineer becomes a Panchayat secretary in the village of Phulera. This is one of Amazon Prime’s funniest shows. And there should be no doubt about it before binge-watching it. 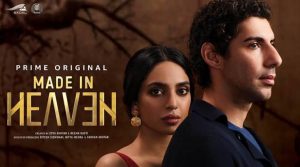 The story revolves around Tara (Sobhita Dhulipala) and Karan (Arjun Mathur) who are wedding planners in Delhi and handle huge lavish destination weddings for some of the richest and most respected people. As the team faces hurdles and encounters taboos in their work career, their love lives are no less than a thrill ride journey. It’s one of the best logical shows on Prime. 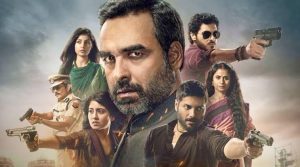 One of the best Indian series available on Amazon Prime to date. The plot centers around a fight between two mafia families in Uttar Pradesh’s Purvanchal area. Mirzapur is the most liked show by youths.

As previously stated, both platforms provide distinct features and contents; it is greatly dependent on the content you wish to explore. If you enjoy watching original movies, series, and international films, I strongly recommend Amazon Prime. However, If you enjoy Hindi melodramatic serials and sports like cricket, Hotstar is the finest option. When it comes to the ability to watch content offline, Prime is a better option than hotstar, and its video quality is also superior.

Read More:10 most Trending Tollywood movies that made the audience go crazy