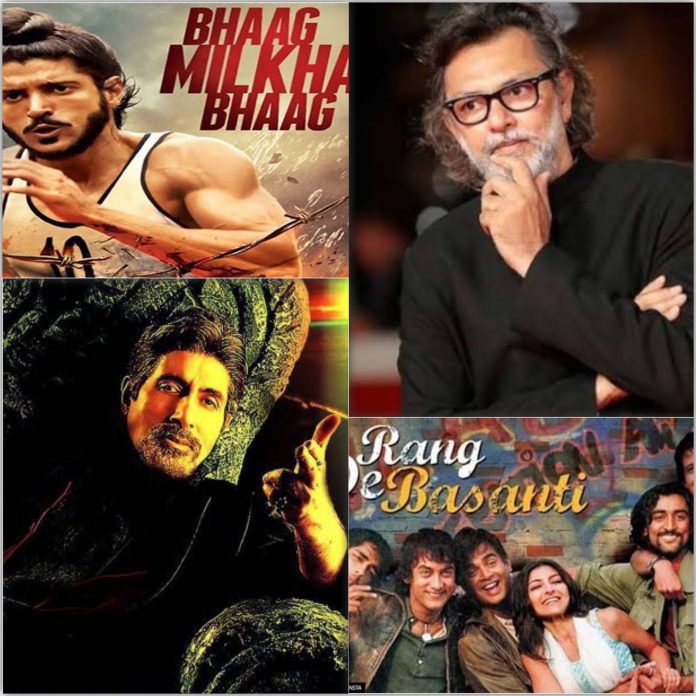 Rakeysh Omprakash Mehra is an Indian director and producer who is known for his best movies like Rang de Basanti and Bhaag Milkha Bhaag. Mehra’s cinematography has resurrected some of the most intriguing ideas. After finishing his studies in Delhi, he relocated to Mumbai and began a career making commercials for a variety of well-known brands. He has worked on some of the most exciting projects in his profession. Many social issues have been emphasized in his movies, raising public awareness

Here is a list of the movies produced by Rakeysh Omprakash Mehra that are worth watching:

Bhaag Milkha Bhaag is a biography of the famous late athlete Milkha Singh. Farhan Akhtar stepped into Singh’s boots for the picture and excelled as an athlete. The filmmakers depicted several parts of Singh’s life, ranging from the influence of Partition on him to his quest to become the best. The film is regarded as one of the best Indian sports biopics ever produced in Bollywood. All credit goes to Rakeysh Omprakash Mehra.

For his film Mirzya, Rakeysh Omprakash Mehra reworked the Punjabi legend of Mirza-Sahiban. Anil Kapoor’s son Harshvardhan Kapoor and Saiyami Kher made their Bollywood debuts. The film wonders if an immortal love story like Mirza Sahiban can endure in today’s world. Mirzya is the one for you if you like lovely-looking individuals, beautiful visuals, and a lot of action.

Rang De Basanti is one of the rare films that successfully conveyed the beliefs of independence warriors to today’s youth. It gained critical accolades for its story and stellar acting by Waheeda Rehman, Siddharth Narayan, Aamir Khan, and Atul Kulkarni. It was nominated for a National Film Award for Best Popular Movie. A.R Rahman produced the film’s music, which was a huge success. Kamlesh Pandey and Rensil D’Silva collaborated on the script.

One of the rare movies that beautifully portrays the atmosphere of old Delhi is Delhi-6. The busy lanes of Chandni Chowk and the folk’s way of life are depicted maturely. It earned the Nargis Dutt Award for The Best National Integration Feature Movie. The film also addressed problems such as cast prejudice in modern culture.

Rakeysh Omprakash Mehra’s Mere Pyare Prime Minister addressed the subject of public defecation and a lack of bathrooms in rural India. It is set in Mumbai’s colonies and chronicles the narrative of an eight-year-old kid named Kanhu and his mom Sargam (Anjali Patil). Kanhu resolves to build a toilet in his slum when his mother is raped while going out to empty herself in public one night. Despite its good intentions, the picture falls short of greatness.

With the crime drama Aks, Rakeysh Omprakash Mehra makes his filmmaking debut. It is focused on a killer, Raghavan Ghatge (Manoj Bajpayee), who is hung but the killings in his trademark style continue. The search for a replica comes to police officer Manu Verma (Amitabh Bachchan), who apprehended the assassin and afterwards became haunted by his soul. Raveena Tandon and Nandita Das also appear in the film. It received positive reviews from reviewers but did not perform well at the box office.

10 Worst Side Effects of Smoking One Should Know