Bollywood has made a habit of reaping the benefits of a film which has garnered huge box office success. We have recently heard the news about Hera Pheri 3, and the producer has said that even the 4th and 5th part of the movie is also in the works. Most probably, the upcoming films won’t be able to live up to the hype and buzz they will create. The first two parts of the Hera Pheri franchise are pure gold, with one of the best comic experiences you can gain from a Bollywood film. Similarly, there have been proven records of Bollywood sequels that have tarnished the image of the original movie that became a cult classic.

Here are the Bollywood sequels that destroyed the legacy of the original movie: Ek Villain Returns debuted in the theatres with an ensemble cast which includes John Abraham, Disha Patani, Arjun Kapoor and Tara Sutaria. The film, directed by Mohit Suri, has been penned down by both critics and audiences. It has been described as one of the worst Bollywood sequels to release in 2022. The film is too boring and predictable with its storyline that tries to somehow mould a psychological narrative. It completely ruined the legacy of the beautiful film Ek Villain.

Housefull was one of the best comedy movies by Akshay Kumar. He did a fantastic job of making this film a memorable experience. The film was also a box office success, and it led to the producers being greedy to cash in on the success of the film. Subsequently, Housefull 2, 3 and even 4 were released with ensemble casts, but all of them failed to replicate the hilarity of the original movie. 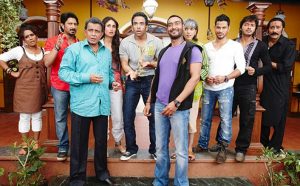 Let’s be honest Golmaal 2, 3 and 4 have all been unsuccessful in their attempt to be glorious comedy movies. The original film is a cult classic that you can watch anytime without getting bored for a moment. However, the 2nd, 3rd and 4th parts disappointed the audiences who flocked in large numbers to the theatres. In fact, a 5th part titled Phir Golmaal is on the way.

Koi Mil Gaya was one of the best sci-fi movies ever produced in the Hindi film industry. The movie was a revolutionary film that transformed how Indian filmmakers used to experiment with sci-fi elements in their films. Hrithik Roshan’s iconic role is still fresh in our memories. Almost all the Indians who are aged between 20 and 30 would remember the joy it brought to them when they were kids. However, Rakesh Roshan decided to pursue the franchise further and developed a new superhero called Krrish. While many may argue that Krrish is India’s best superhero movie, we all know that it can’t match the original film’s legacy.

Dhamaal was an iconic Hindi comedy that featured Sanjay Dutt, Riteish Deshmukh and Arshad Warsi in prominent roles. Everyone loved the film, and it has also spread countless memes, which people are regularly forwarding to one another. However, the Double Dhamaal, which is a sequel to Dhamaal, was one of the worst movies ever. It failed miserably at the box office, and we are almost sure that no one even wants to remember the name of this film. 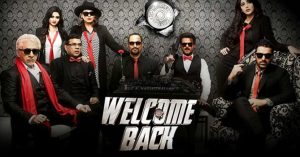 Do you know why some things should never be touched? Because few things are just too perfect that one should interfere with them. Welcome starring Akshay Kumar, Anil Kapoor, Katrina Kaif, and Nana Patekar, is one of those perfect movies that would have been better off if there was no sequel. Welcome Back has blemished the original film’s legacy with its tedious jokes that only make you yawn. Undoubtedly one of the worst Bollywood sequels ever.

Yamla Pagla Deewana, starring Sunny Deol, Dharmendra and Bobby Deol, was an unexpected hit. No film critic had given a chance to the film before its release. However, the movie pleasantly surprised everyone with its on-point comedy. People loved the camaraderie between Dharmendra and his sons. However, they went too overboard and produced a sequel which was really not called for. Yamla Pagla Deewana 2 is a tiresome watch that only left the original film bruised and battered.

Also Read: 8 Bollywood Underrated Movies that are worth watching

Masti sequels Grand Masti and Great Grand Masti were big disappointments. The original Masti film was a comedy with a touch of boldness. However, the versions that followed the film were adult comedies with jokes you can only enjoy alone. For some unknown reason, this excellent comedy film was reduced to a sexual film with no narrative. Easily one of the worst Bollywood sequels ever.