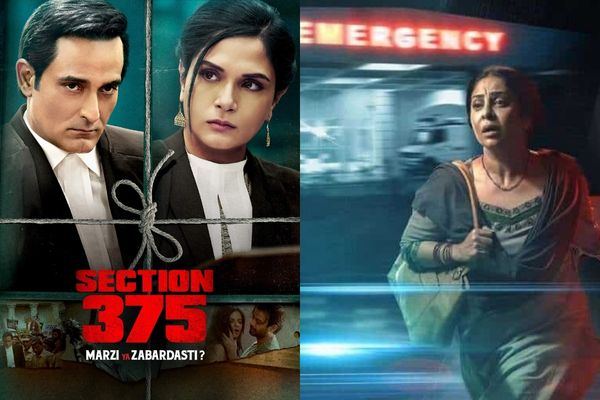 OTT platforms like Amazon Prime Video, Netflix and Hotstar have given life to several Bollywood films which do not possess the budget for big commercial promotions. Many hidden gems of the Hindi film industry have been uncovered with the help of digital streaming platforms. Amazon Prime Video is one of the top OTT services in India, with its wide range of content available at just Rs 179 per month. Those who love watching underrated Bollywood movies should surely subscribe to Amazon Prime Video as they are bound to come across great movies and shows that they have not heard about from anyone. If you are already a Prime Video subscriber and find yourself constantly searching for quality Bollywood flicks, then you are at the right place cause we have created a list of the most underrated Hindi movies that you may not have seen.

Here are the Most Underrated Bollywood Movies on Amazon Prime Video:

Akshaye Khanna, Richa Chaddha, Rahul Bhat and Meera Chopra star in this courtroom thriller that has a rating of 8.1 on IMDB. The movie is a masterpiece that went under many people’s radar due to the low budget for publicity. It follows a famous filmmaker, a junior costume designer accused of rape. He files a plea after being sentenced to 10 years in prison.

The late great Irrfan Khan stars in this film alongside the always charming Tau as the lead. Maqbool is a romantic thriller that’s actually one of the first movies that displayed the versatility and reach of Irrfan Khan as an actor. The underappreciated Bollywood flick follows a don’s henchman who falls in love with his boss’s mistress. The mistress urges him to kill the boss and become the new don.

Ajay Devgn, Nana Patekar and Bipasha Basu play prominent roles in this mystery thriller that remains several underrated. The movie follows an aspiring police officer who takes a loan from a clever moneylender. He is not able to return the money on time which ultimately leads him to be a part of a kidnapping scheme to repay his debt.

Urmila Matondkar, Saif Ali Khan and Seema Biswas play the main roles in this underappreciated Bollywood movie streaming on Amazon Prime Video. It follows a woman who falls in love with a guy who ultimately leads her to jail as she is framed by her lover for a crime. While serving her time in prison, she goes through a transformation and becomes a ruthless woman who will stop at nothing to get her revenge.

Shor In The City is a thought-provoking movie that deserves to be watched at least once by everyone. The movie follows an NRI businessman, a minor criminal and an aspiring cricketer grappling with life-changing choices in Mumbai during the chaotic festival of Ganesh Chaturthi. Radhika Apte, Tusshar Kapoor and Pitobash are the main actors in this movie.

A brilliant Bollywood film that will leave you shocked as it progresses toward its climax. Nana Patekar, Mohit Ahlawat, Rink Sen, Tigmanshu Dhulia and Anurag Kashyap are the actors who feature in this underrated gem on Amazon Prime Video. It follows a newly recruited cop who is tasked to work under a corrupt senior police officer. Differences start to grow as time passes.

Sunny Deol, Irrfan Khan, Isha Koppikar and Konkona Sen Sharma star in this Hindi thriller you need to watch on Amazon Prime Video. Ajay, a cop, becomes wheelchair-bound due to an unfortunate incident during one of his cases. He uses his disability as a tool to get rid of his wife and her lover.

Vidya Balan and Shefali Shah feature in this recently released Bollywood movie. It is one of the most underrated Bollywood movies streaming on Amazon Prime Video right now. The film follows a woman journalist and her domestic help whose lives are turned upside down after a hit-and-run incident.

8 Bollywood Underrated Movies that are worth watching