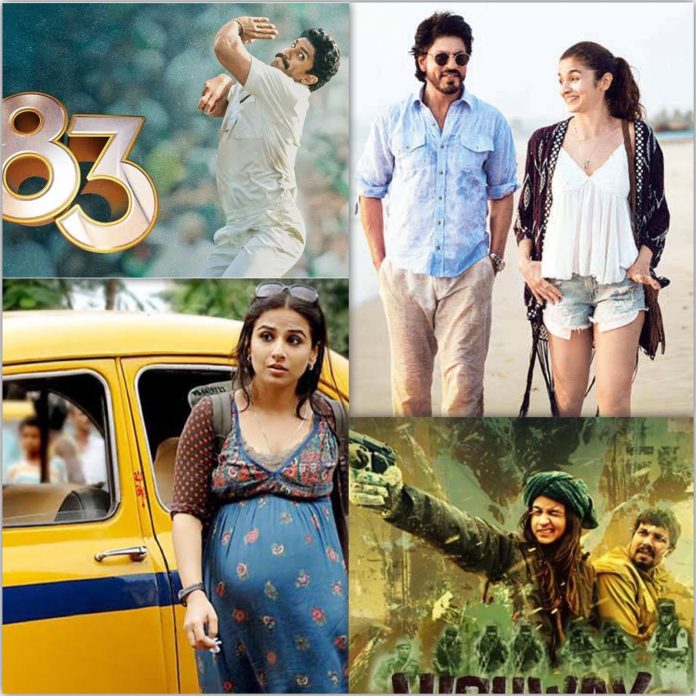 A plethora of Hindi films have been produced in Bollywood and are widely available on major streaming platforms such as Netflix, Amazon Prime Video, and many others. With so many alternatives accessible to see, there must be some you missed because they didn’t make the list of famous movies. Here are some outstanding underrated Bollywood movies that are underestimated and will undoubtedly entertain you. With these fascinating dramas, TopTalky will help you plan your upcoming weekend with binge-watching best movies that are underestimated in Bollywood but are worth watching.

Here is a list of the 8 Best Bollywood Underrated Movies that are worth watching.

Masaan is one of the most popular underrated Hindi movies on Netflix. At the 2015 Cannes Movie Festival, the film received two honors. Vicky Kaushal, Richa Chadha, Shweta Tripathi, and Sanjay Mishra all give amazing debuts. The story takes place in Varanasi, Uttar Pradesh, India where moral discrimination and cast disparities are prevalent.

83 is a 2021 Indian Hindi narrative sports drama cricket film based on true events that occurred in 1983. When Indians were neglected in sports. Team India, led by Kapil Dev, won its first World Cup and gained respect in the world. Due to the Pandemic, fewer people saw this film in theatres, and fewer people were aware of its release. If you are a die-hard cricket fan, you should see this film, which stars Ranveer Singh in the lead role of Kapil Dev.

Dear Zindagi ranks 3rd in our list of underrated movies because it contains several masterfully performed passages. Likewise, Alia’s initial meeting with Shah Rukh Khan and her emotional meltdown at a family meal reminiscing her troubled past. A few life lessons are worth considering (don’t let your past blackmail your present and spoil your wonderful future). Unfortunately, such occasions are rare and far between. After a while, the picture becomes overly sanctimonious and tries far too hard to establish the tagline that life is all about enjoying those special moments.

The highway is a challenging movie to see. It has beautiful elements, beginning with Anil Mehta’s shooting. As the cast and crew journeyed across six states, the movie was shot and produced. Mehta’s film touches the changing landscape, allowing us to virtually smell the bleached salt pits of Rajasthan and the fresh air of Kashmir. It is a one-time watch movie.

Special 26 is a heist thriller based on true events from 1987. Heist movies in Bollywood are often replete with nonsense like glitz and glamour and carrying off seemingly impossible feats and this is where Special 26 stands apart. Great direction, excellent acting, perfect screenwriting, and a great narrative elevated this ordinary robbery plot to the pinnacle of its genre in Bollywood. During 2.30 hours, Special 26 will have you on the verge of your couch. Moreover, a fantastic ending will make you enjoy the film. Special 26 is flawless in every way, regardless of how it performs at the box office. In my opinion, this is one of the all-time great underrated Bollywood movies.

Neeraj Pandey’s Baby is a complicated film to see in more respects than one. It could have been dismissed as just another harmless, well-packaged, beautifully shot spy thriller if the economics at its heart hadn’t been so terribly shady. The point that Baby appears to be making is that it is not only trained killing drones that can and should do ‘everything,’ collateral harm is ignored.

The film is filled with mystery, drama, and intriguing elements and is set against the mesmerizing backdrop of Durga Pooja in Kolkata. The combo could captivate its audience till the conclusion. Hence, the jaw-dropping ending is (once again) something those Hindi thrillers frequently lack. Kahaani perfectly lives up to its title and is so elegantly narrated to the audience, with an exceptional cast as the cherry on top. Furthermore, the amazing pictures of Kolkata’s magnificent city with all of its features and settings are an aspect deserving of praise. It is the type of film that should be seen twice to have a deeper idea of the minute occurrences that weave this exciting yet gorgeous Kahaani.

While seeing NH10, it’s simple to dislike it because it’s one of the most horrifying underrated Hindi movies ever made. At the same time, you admire its brightness. So NH10 is a film that you both despise and adore. Meera (Anushka) and Arjun (Neil) are a cheerful yuppie young couple in Gurgaon, a city of multinational companies, shopping malls, and child molesters. After Meera barely avoids an assault one night, the couple obtains a gun. They decide to take a road trip and go down NH10. Where they see an eloping couple being apprehended and brutally thrashed by a gang at a wayside dhaba.

8 Most Underrated Cricketers of All Time