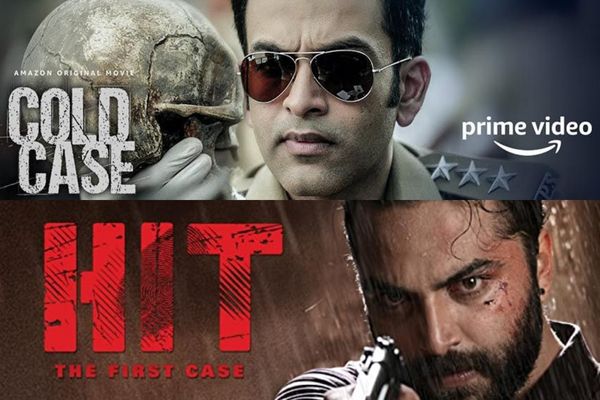 Amazon Prime Video is packed with great Indian movies and web series that you can stream from the comfort of your home at just Rs 179 per month. The OTT platform is one of the top three digital streaming services in India besides Netflix and Disney+ Hotstar. You can find a lot of foreign and Indian movies and shows on Amazon Prime Video to stream right now; however, if you are looking specifically for Indian thrillers on Amazon Prime, then you have arrived at the right location. We have covered the best Indian thriller movies that you should watch if you love riveting mysteries that keep you guessing until the end.

Cold Case is an Indian Malayalam thriller movie on Amazon Prime. It follows a cop and an investigative journalist who is searching for a killer in their own ways. The movie is an interesting and captivating crime drama that won’t let you blink throughout its run on your screen. It’s a gem of a movie that you should not miss out on.

Hit is a South Indian film that recently inspired a Bollywood remake of the same name. The movie is a mystery thriller that follows a cop with a troubled past searching for a missing young girl and his girlfriend. We can guarantee you won’t realise the true identity of the killer in this film until the final few moments.

Vidya Balan and Shefali Shah star in this Hindi thriller that is bound to take your breath away with its tremendous pacing and eventful mystery. The movie follows a woman and her house help whose life changes after a hit-and-run incident. Shefali Shah and Vidya Balan have nailed their roles to perfection in this Indian thriller on Amazon Prime.

Chehre is a unique Indian thriller on Amazon Prime Video. Emraan Hashmi, Amitabh Bachchan and Rhea Chakraborty play the lead in this film that follows a man named Sameer who takes shelter in a house which is filled with mysterious personalities. The movie is an underrated suspense drama that deserves to be watched at least once.

After the success of the first Drishyam movie in Telugu cinema, a second part was released in 2021. It also received rave reviews for its unpredictable turn of events that will keep you guessing. The movie follows a man who goes to extreme lengths to save his family from harm after a few dark secrets of the past are unveiled.

This R Madhavan is a must-watch Indian thriller movie on Amazon Prime Video. It follows a man who shifts to a new apartment on the 13 floors. However, the family soon realises that their abode is haunted by a spirit that uses television to communicate with them. Even though the film was released in 2009, it still remains one of the best Indian thrillers ever in Indian cinema.

Amitabh Bachchan. Taapsee Pannu, Kirti Kulhari and Vijay Varma star in this thriller that became a hot topic of discussion when it debuted on the streaming platform. The movie is a social commentary that tackles the vices of Indian society. It follows a retired lawyer who helps a girl fight a case of molestation against a politician’s nephew.

Te3n is a mystery thriller that follows a grandfather who is relentlessly pursuing the kidnapper and murderer of his granddaughter. The film is quite emotional at times. It stars Amitabh Bachchan, Vidya Balan and Nawazuddin Siddiqui in the main roles. The movie is definitely among the best Indian thrillers on Amazon Prime.

10 Talented Actors Who Are Underrated in Bollywood

Best Smartwatches in India to Flaunt and Purchase in 2022