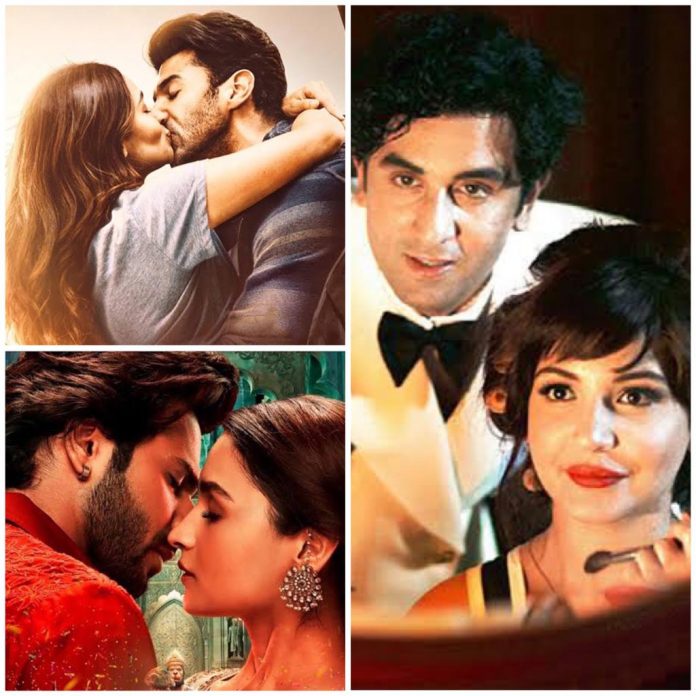 Many moviemakers sometimes make really bad choices. They invest countless hours and crores of rupees into making films that are either poorly written or have a ridiculous storyline. What’s wrong with these folks, you think, as you watch these crappy movies? You might even start to doubt the brains of famous people who agree to feature in such meaningless Bollywood movies! These films would just annoy you because they represent the lowest standards in our cinematic universe. 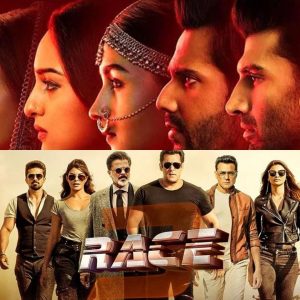 Most Meaningless Bollywood Movies of All Time:

While Govinda’s excellent acting is recalled in Coolie No. 1, this remake barely scratches the surface of the original. The new movie starring Varun Dhawan and Sara Ali Khan cannot be matched to the legendary 1995 blockbuster of Govinda and Karisma Kapoor. Despite its shiny exterior, the David Dhawan directorial is one of the most hollow and meaningless Bollywood movies of all time. The fact that a movie isn’t just made up of flashy settings and elaborate costumes needs to be understood by producers.

Saawariya, directed by Sanjay Leela Bhansali, ended up being a massive failure. Sonam and Ranbir Kapoor’s eagerly awaited first movie was a massive letdown. Raj, who has nothing to do in his life, falls in love with Sakina and attempts to win her by singing a ton of melodies. Unfortunately, Sakina informs him that she is waiting for Imaan, some other man she genuinely loves. Not to mention that the entire movie has a menacing blue light.

An outstanding example of how Indian spectators are not being offered anything meaningful by producers. Even with the most well-known Bollywood performers, like Sanjay Dutt, Alia Bhatt, and Aditya Roy Kapoor, the film’s box office performance was disastrous. The movie was a failure because it lacked all key parts, including a bad script, a boring narrative, and terrible cinematography. The movie is an art in itself about how to create meaningless Bollywood movies.

Is it necessary for us to explain why we didn’t need this movie? Everything is awful, from the poor song to Ananya Pandey and Ishaan Khattar’s terrible acting. In the action movie Khaali Peeli, a taxi driver picks up a girl who is running away, and what happens next is a tedious and boring ride. The audiences were typically let down by almost everything, making it one of the most meaningless Bollywood movies.

Simply said, you need ‘himmat’ to view this Sajid Khan’s work. The remake of veteran actor Jitendra’s classic is a dull and monotonous film. There is nothing new to watch out for, and the cringy plot alongside horrible casting and acting make this one of the worst Bollywood movies of all time.

Bombay Velvet ended up becoming one of Bollywood’s biggest failures. The movie starring Ranbir Kapoor, Anushka Sharma, and Karan Johar was a completely lacklustre event. It received unfavourable reviews, and the critics found themselves amazed at how two famous Bollywood directors, Anurag Kashyap and Karan Johar pulled off one of the most meaningless Bollywood movies ever. Their complicated plot and black and white theme line disastrously failed.

In the movie, Varun Dhawan and Alia Bhatt portray Muslim and Hindu personalities, respectively. Where the two of them must remain with their groups during the Hindu-Muslim clashes. The film utterly failed in the annals of cinema because it was unable to convey its genuine theme line.

Even before Race 3 hit theatres, the movie’s failure was apparent. The lack of rationalism, relevance and bad script in the trailer led to a meme frenzy. Race 3 is relentlessly mocked as the most idiotic movie and failed miserably. It is declared one of the most meaningless Bollywood movies by Salman Khan.

The movie centres on a group of thugs under the leadership of Khudabaksh Azaad who seek to liberate Hindostan (the Indian subcontinent) from the fast-growing British East India Company. Moreover, where it mattered most, the film failed to effectively convey its point. It is annoying to watch a badly crafted movie.

The movie Fitoor is a worthless drama that lacks cohesion. It tells the stories of four individuals whose pasts are linked with their present. The movie is a tremendous letdown; seeing it will make you feel like a terrible waste of time.