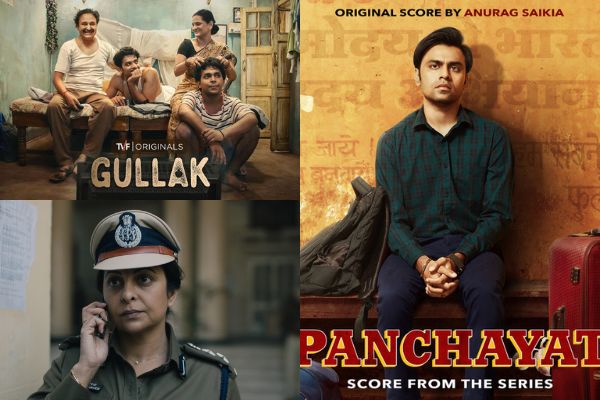 Do you remember the hype that Sacred Games created when it was first released on Netflix? People were ecstatic about the sensational never-before-seen content. It quickly became a wild hit and paved the way for other Hindi web series to find a loyal audience. Since then, many series like Mirzapur and Scam 1992: The Harshad Mehta Story have gained huge praise from both critics and audiences. Almost every week, four to five new web series are dropping on various OTT platforms. Which, at certain times, makes people question whether the quantity has taken over the quality. With so many options available in front of us, it becomes difficult to choose one web series which can satisfy our urge for entertainment. If you love good Indian web series and want to waste no time when searching for the shows that you will definitely like, then look no further than Toptalky cause we have curated a list that will suffice your demands.

Here are the 10 Lesser-Known Indian web series you need to watch:

Hostages streaming on Disney+ Hotstar is a top-class thriller that will make you dishevel your hair with the slow-burning mystery. The show mixes the aspects of drama, tension and thrill so efficiently that viewers have no choice but to watch the story unfold as quickly as possible. You will be hooked to this series and will find yourself thinking from the viewpoint of the characters. It stars Ronit Roy and Tisca Chopra in lead roles.

Aarya, headed by the former Miss Universe Sushmita Sen, is a delightful web series that is not as popular as it should be. The show portrays Sushmita Sen as a desperate mother and wife who rises to the top of the ranks in a mafia gang. She goes through hell to safeguard her kids and exact revenge on the people who killed her husband. One of the best lesser-known Indian web series that you should keep on your radar.

TVF Pitchers is a comedy series that also aims to inspire. The series has paved the way for hits like TVF Tripling and more. The show follows four friends who arrive at a mutual decision to quit their jobs in order to start their own company. Will they be successful at their attempt, or will their life will turn into failure? Find out by watching this lesser-known web series on the TVFPlay app.

The heartfelt comedy that the Kota Factory fame Jitendra Kumar heads is still not as famous as it should be. The show has received recognition after its second season dropped earlier on Amazon Prime Video in 2022. However, one can say with confidence that this is one of the best Hindi web series ever and needs a much wider audience to celebrate its success.

Gullak, a heartfelt family comedy produced and created by TVF, is now streaming on SonyLIV. The show follows the life of an Indian middle-class family and brings forward the relatable problems and moments that most of India will find amusing and emotional at the same time. The Mishra family will grow a place in your heart after you watch this show.

A funny and endearing series from TVF, Hostel Daze is about studying, friendship, petty quarrels and daily life struggles. The series follows four classmates who struggle to strive in the college hostel. If you have ever stayed in a hostel, you would definitely connect with the characters. When it was released, it received critical praise but then soon, the attention was devoured by other big-budget series in the market.

Human is a daring drama that is one of its own kind in the world of Indian shows. This lesser-known Indian web series is a must-watch for those who love crime dramas that tell worthy grand stories to which people can find resemblance in real life. It focuses on the world of drug and pharmaceutical scams. Viewers will get an insight into the corruption running in the hospitals in India.

This ZEE5 series became a quite hit and gained a cult following. Abhay stars Kunal Khemu in the lead role. He plays the role of a cop who thinks from the viewpoint of criminals. You will surely be fascinated by his approach to solving cases. If you are a fan of the international tv series Hannibal, then you will definitely enjoy watching this.

Also Read: 10 Talented Actors Who Are Underrated in Bollywood

She is a daring thriller in which a female cop acts as a prostitute to expose a drug ring operating under the shadows of the city. However, things become complicated as she comes to realize her latent sexual potential, which threatens to interfere with her original objective. It is a criminally underrated show that definitely deserves a watch.

Delhi Crime is the Emmy Award-winning drama that covers the heinous crime of gang rape that shook India’s core. The show has received international fame for its originality and impactful performances. However, it still remains an underrated show on Netflix. Shefali Shah and Rasika Dugal have been fabulous in their roles as police officers in this series.

8 ways to keep your child happy and optimistic about life