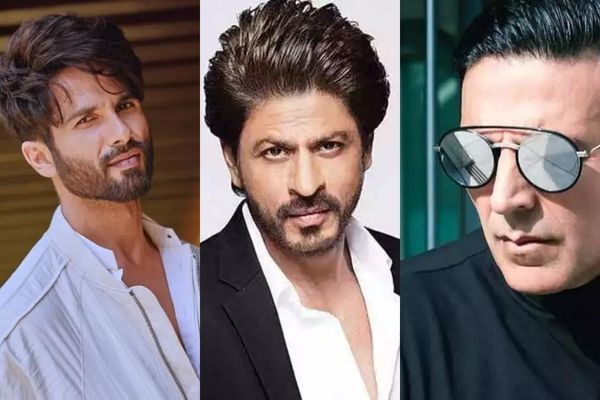 Bollywood is a film industry that produces more movies than Hollywood per year. Countless big-budget films and Indie movies are made and released every year by the Hindi film industry. These movies have filled the pockets of quite a few producers, directors and actors with tons of cash. Shah Rukh Khan, often dubbed the king of Bollywood, is the world’s second richest actor. The wealth he has amassed by working in Bollywood movies and investing in the schemes has highly benefitted him. He can soon become a star who may reach the status of a billionaire. Today, we take a look at some of the highest-paid Bollywood celebrities who earn loads of money and have a big astronomical net worth.

Here are the 10 Bollywood Celebrities With Astronomical Net Worth The biggest Bollywood star who has a huge presence even in foreign countries is, without a doubt Shah Rukh Khan. The king of romance has worked in more than 100 films throughout his illustrious career to have unparalleled success in the film industry. He owns a production house named Red Chillies, which has made many successful films. Shah Rukh Khan is the richest actor in India, and his net worth seems to be going only upwards with each passing year.

Also Read: 10 Talented Actors Who Are Underrated in Bollywood

Legendary actor Amitabh Bachchan is the second name on the list of Bollywood celebrities with the highest net worth. The actor who is loved and respected by all of India is the second richest actor Bollywood has produced. Despite being over 70 years old, Amitabh is still cast as a lead in many Bollywood films. This proves the stature of his skills. He has been working in the industry for over 5 decades now and shows no signs of stepping away.

Salman Khan is one of the biggest phenomena in Bollywood. He has a crazy loyal fan following that flocks in large numbers to the theatres when any of his movies drop. The star who has been working for about four decades in the industry now has given many blockbuster films. He also owns a production house, just like his friend Shah Rukh Khan. The Khiladi Kumar is once against the highest taxpayer for an actor in India. He works in more than 3-4 movies every year while other established stars have taken a back seat and work only one or two movies. Akshay is one of the highest-paid Bollywood actors. He made headlines when he charged $15 million dollars for Raksha Bandhan.

Mr Perfectionist of Bollywood has to be on this list of celebrities with the highest net worth. He is a living legend who has worked in the most profitable films created in the Hindi film industry. Aamir has an insane fan following in China. His movie 3 Idiots and Dangal have smashed many box office records in China.

Saif Ali Khan is perhaps the most underrated Khan currently active in the Hindi film industry. The Pataudi heir has starred in several Bollywood blockbusters throughout his career. Unlike other established stars, Saif does not shy away from working in web series on OTT. His performance in Sacred Games was loved by the people.

Hrithik Roshan has been named one of the sexiest men alive by countless media outlets. He is referred to as Bollywood’s Greek God. His character of Krrish is the only superhero that has earned fame even in the West. Hrithik does only one or two movies per year, but his films are always up to the expectations of fans. Shahid Kapoor has been around for quite a long time now. He entered the industry as a comedic actor who knew how to dance well. However, over the years, he has completely changed people’s perception of him by working in movies like Kabir Singh and Haider. Shahid is one of the biggest Bollywood celebrities among the current generation of actors.

Ranbir Kapoor is rightly called a brilliant actor. His movies such as Sanju, Yeh Jawaani Hai Deewani and Barfi were highly praised by the critics and the fans. The Bollywood actor recently married Alia Bhatt and is expecting the birth of his first child in the upcoming months. His next release Brahmastra is dubbed as one of the biggest movies ever in Indian cinema.

John Abraham is one of those Bollywood celebrities who have created a huge net worth without any backing in the film industry. The action star produces most of his own films and continues to impress audiences with outrageous action sequences in his film. He is undoubtedly one of the biggest stars in Bollywood right now.

8 Best Moments of Indian Cinematic History that are Timeless

ZEE5 or SonyLIV, Which is the Better OTT Platform?