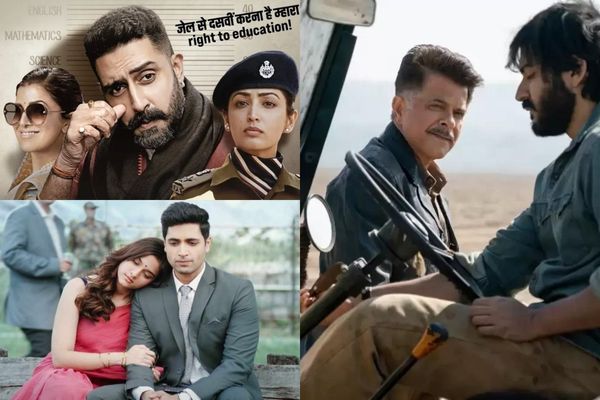 Netflix is, without a speck of doubt, the most popular OTT platform all over the world. Many movies and shows release on this streaming giant every month, and a few titles are also removed from the vast library of Netflix. It is important to stay updated with the releases on Netflix to watch some good movies which can help you relieve all the stress. Along with buying the rights of movies created by Bollywood, Tollywood and Hollywood, the streaming also produces films and releases them as Netflix originals. Many new original titles have also been added to the OTT platform in 2022, and we have sorted out everything to list the 10 best movies that you should watch on Netflix in 2022. Thar is a Netflix original movie which stars Harshvardhan Kapoor, Fatima Sana Sheikh and Bollywood veteran actor Anil Kapoor in lead roles. The movie, directed by Raj Singh Chaudhary, follows a veteran cop who takes up the case of a murder in hopes of making it big in a desert town in India.

Also Read: Bollywood Sequels that Ruined the Legacy of the Original Film

Jaadugar starring Jitendra Kumar, Arushi Sharma and Jaaved Jaaferi, was recently released on Netflix. The film follows a small-time magician who is forced to compete in a football tournament in order to win the love of his life. It is directed by TVF fame Sameer Saxena.

Another Netflix original movie that was released earlier in 2022 on the OTT platform. It stars Abhishek Bachchan and Yami Gautam in lead roles. The film is a comedy that follows a powerful politician who decides to complete his 10th standard after he gets imprisoned on charges of corruption.

Just like the name of the movie, this Netflix film is about a woman who gets entangled in a time loop. It is a fun and exciting film which stars Taapsee Pannu and Tahir Raj Bhasin. The film is directed by Aakash Bhatia. The most successful Bollywood film of 2022, Bhool Bhulaiyaa 2, is now streaming on Netflix. The film, headed by Kartik Aryan and Kiara Advani, is a laugh riot that is a must-watch for those who love horror comedies. Not to forget, Tabu is excellent in her role in this film.

Badhaai Do starring Rajkummar Rao and Bhumi Pednekar is the sequel to hit Bollywood movie Badhaai Ho. The film upholds the expectations the audiences had from it. Badhaai Do is a nice comedy that will make you wanna scream out of joy at moments. It’s directed by Harshavardhan Kulkarni.

One of this year’s most critically acclaimed movies so far is Gangubai Kathiawadi, directed by Sanjay Leela Bhansali. It stars Alia Bhatt as the protagonist. The film tells the story of a woman who takes control of the brothel to which she was sold.

Major is an underrated film that did not get as much appreciation from the audiences as it should have. However, it’s never too late to watch a good movie. Major is a biographical drama of a soldier who was killed during the 26/11 attack in Mumbai. It’s one of the best movies available on Netflix at the moment. Jersey is inspired by a Tollywood movie of the same name. It stars Shahid Kapoor and Mrunal Thakur in lead roles. The film, directed by Gowtam Naidu Tinnauri, follows a guy who dives back into the world of cricket at the age at which most cricketers start to retire. It’s an inspirational fictional drama.

Beast starring Thalapathy Vijay and Pooja Hegde, created a lot of buzz at the time of its release. The film is an action thriller in which Vijay plays a troubled agent who single-handedly goes against the terrorists in a mall. It is one of the best movies to stream on Netflix in 2022.

Best Smartphones under Rs 20000  in India

10 Worst Side Effects of Smoking One Should Know