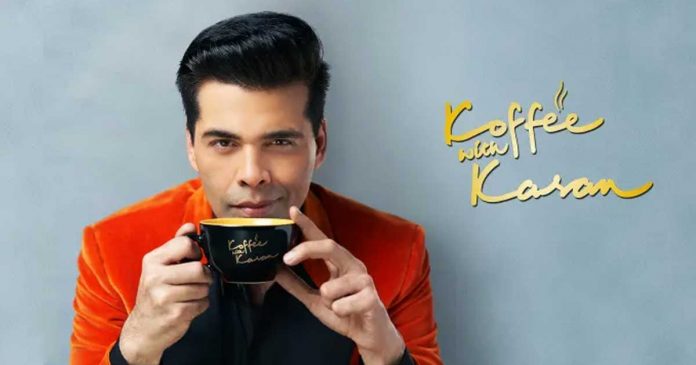 Koffee With Karan, hosted by Karan Johar, is in its full glory at the moment during the 7th and final season of the talk show. The popular show has been a subject of hot debate since its inception way back in 2004. From The Bollywood King Shah Rukh Khan to the Bhaijaan Salman Khan, almost all of the famous Bollywood celebs have made their appearance on the show. Karan Johar has a knack for producing witty and controversial remarks from his guests, which have been highly popularised and debated in media. Through its ups and downs, the show has been loved by a lot of people for bringing out the B-Town gossip that people would never have thought of hearing. 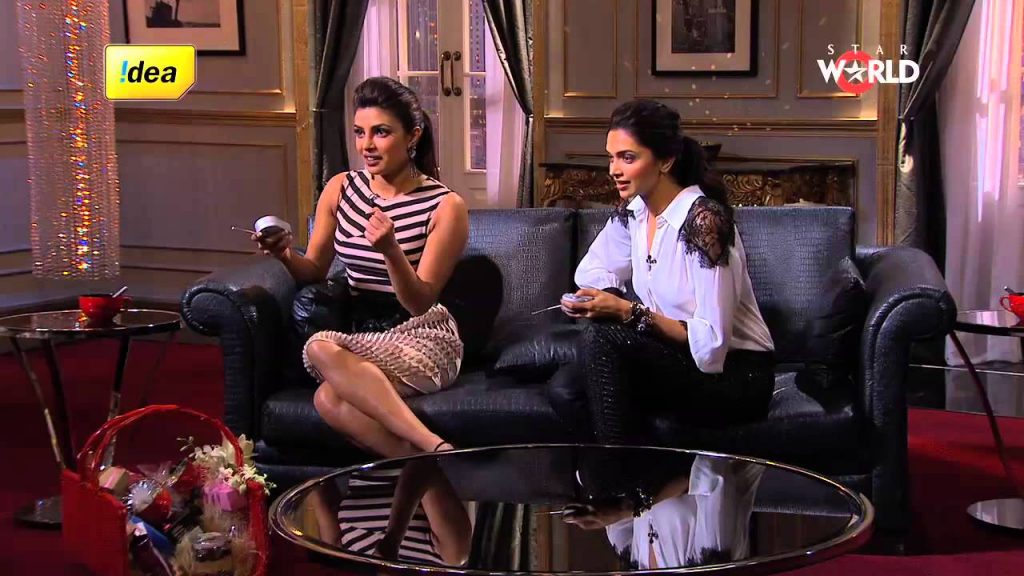 Here are the 10 Best Moments of Koffee With Karan:

Karan Johar played a fun game with Priyanka Chopra the last she was on the couch. The host organised a game similar to never have I ever in which the person who has done the thing been said has to take a shot. It was filled with laughter and fun. More importantly, there were no unnecessary shots fired on other Bollywood stars, which has been a feature of Koffee With Karan.

The Bollywood duo known for their great friendship made an appearance together on Koffee With Karan. Karan Johar played the fun rapid-fire game in which there were many cheesy and outrageous answers that made us laugh and fall in love with the rawness of Ranveer Singh and Arjun Kapoor.

Without a doubt, rapid fire is the most entertaining part of the show hosted by Karan Johar. Vidya and Farhan went all out to claim the hamper with their crazily funny answers. Farhan’s cheeky remarks had us continuously laughing during the whole segment. Vidya was also cheery and fun, which made this rapid-fire round a memorable one.

Emraan Hashmi visited the show with Mahesh Bhatt. He was at his quirky best in the entire episode and stole the limelight with his fearless answers that caused a buzz and controversy in the film industry. Emraan’s remark on Aishwarya Rai is one of the best and most controversial parts of the segment.

Shahid Kapoor was easy-going and too calm in his rapid-fire round, made that this made unique on its own. He was brilliant with his quick answers that gave Karan no chance to create something controversial. Sonakshi was equally sweet but Shahid overshadowed her with his maturity.

Priyanka Chopra and Deepika Padukone became the talk of the town with their buzzworthy answers that created a ton of controversy. The episode was also special as Deepika opened up about her fight with depression and her failed relationship. Priyanka was at her funny and gave a befitting reply to Kareena Kapoor, who had made a statement about her.

Salman Khan visited the show completely alone when he made his first appearance on Koffee With Karan. The Bhaijaan made fearless remarks that made his fans go gaga. No one would have expected that Salman would actually make an appearance on the talk show. However, he surprised everyone and became part of one of the most memorable episodes of the show.

8- Akshay, in his First Appearance at the Show

Akshay Kumar used to stay away from the controversial show but ultimately made an appearance. The Heri Pheri actor gave quite a lot of buzzworthy answers to Karan’s quirky questions. The episode feels a lot more mature than the episodes which are dropping in the ongoing season of the show.

9- Student of the Year on the Koffee With Karan

Alia Bhatt, Varun Dhawan and Sidharth Malhotra made their debut in Bollywood with the Karan Johar film Student of the Year. All three of them made an appearance on the talk show and caused a great deal of buzz with their humour and camaraderie. The entire segment is fun and light to watch.

Love DDLJ? Drown in these old romantic Bollywood Movies with your Better Half

Top 6 Movies by Rakeysh Omprakash Mehra that are worth watching