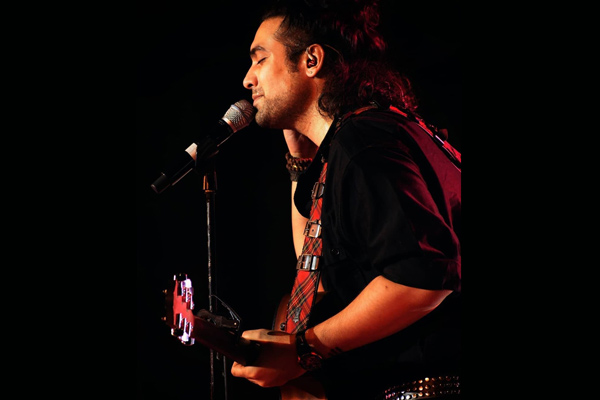 Jubin Nautiyal rose to prominence last year with songs that made us relax and vibe. The singer has a soothing voice that directly touches the listener’s heart. Jubin Nautiyal found success and deserved fame with his Raatan Lambiyan in Shershaah. The track became a love anthem in 2021, and you could see almost every other lovebird enjoying the beautiful song in its glory. Nautiyal has been active as a singer since 2014 and has sung quite a few soulful songs that we believe people definitely need to hear.

Ik Tu Hai is a beautiful song sung by Jubin Nautiyal. The song is among the most loved tracks in 2022. The romantic tone of the music and Jubin’s soothing voice captivate you. The lyrics for this song are written by Kumaar, while Shashwat Sachdev has served as the music director.

This song has to be on the list of best works by Jubin Nautiyal. It was one of the biggest hits of 2021, which increased Jubin’s popularity manifold. The song is a treat for especially those who are in a relationship as they can relate to the lyrics. Tanishk Bagchi has served as both the music director and lyricist for this one.

Also Read: 10 Feel-Good Hindi Songs by Independent Artists that will Cheer You Up

Kiston is a beautiful melody sung by the king of hearts, Jubin Nautiyal. It was perhaps the best thing about the movie Roohi. Jubin’s calming voice works its charm like magic in this track. Sachin-Jigar has served as the music director, while Amitabh Bhattacharya has penned down the lyrics of this song.

Taaron Ke Shehar is a duet by Jubin Nautiyal and Neha Kakkar. The song has already crossed 500 million views on YouTube, which shows that it’s one of the best romantic songs that you will ever hear. The lyrics for this song are written by Jaani, who has also worked as the music director.

Tum Hi Aana is another one of Jubin’s wonderful romantic tracks. It is composed by Payal Dev. The song is written by Kunaal Vermaa. Tum Hi Aana is a beautiful and soulful melody that should be on your list of songs to listen.

Tujhe Kitna Chahein Aur is a duet by Jubin Nautiyal and Mithoon. The song is one of the best tracks to feature in the Bollywood hit Kabir Singh. The sad music will resonate with anyone who has been through a rough love life. Mithoon has written the lyrics and also worked as the composer of this song.

Kunaal Vermaa wrote the lyrics for this song which was directed by him in collaboration with Rangoon. Jubin Nautiyal has lent his soothing voice to Kunaal’s words and made them memorable. The song is about the hope that we should have in love.

Also Read: 10 Arijit Singh songs that can lighten your mood

Bawara Mann was a phenomenon when it was released. The song had a unique charm that made people hmm the lyrics of this track without noticing. Jubin Nautiyal has sung this with Neeti Mohan. The lyrics for Bawara Mann are written by Junaid Wasi, while the music is composed by Chirrantan Bhatt.

Neelesh Sharma has written this beautiful song which was part of the beautiful film Bajrangi Bhaijaan. Pritam has worked as the music director on this song. Jubin Nautiyal spread his unmatched magic with this track that is still a joy to listen to.

Which is better OTT platform, Amazon Prime or hotstar?

8 Most Underrated Cricketers of All Time