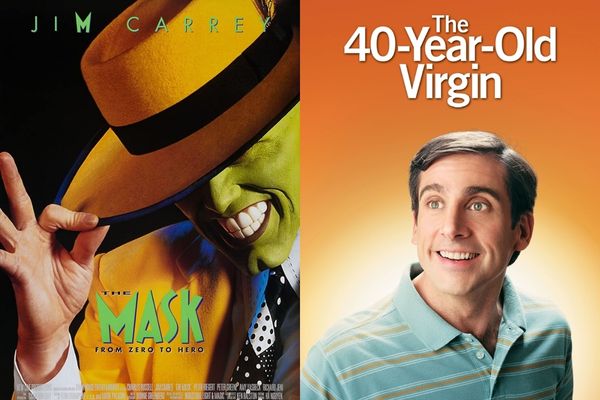 Nowadays, thrillers, adventure sagas, superhero flicks and dramas have taken over the audiences, and most of the films produced belong to these specific genres. Comedy, one of the most sought-after genres, has been put on the back-burner by the producers. While many comedies do tend to release every year, the quality of the product has significantly gone down. This has made many of us disappointed who love comedy movies and want to watch films that can evoke laughter. Well, today, we have collected the best comedy movies that you can watch on the OTT platform Amazon Prime Video. 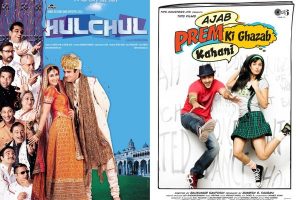 Here are the 10 Best Comedy Movies on Amazon Prime Video in 2022:

The classic comedy starring Akshay Kumar, Suniel Shetty and Paresh Rawal is perhaps the best-ever comedy film made in India. Countless memes spawned from this comedy and rule the social media world. It is a gem of a film that is supposedly receiving the third part after years of speculation. The film follows a trio of men who try to fraud a businessman to gain money. Their adventure is insanely hilarious, and you will be laughing all the time while watching Akshay, Suniel and Paresh’s stellar performances in the comedic roles.

A movie with an ensemble cast that includes Akshay Kumar, Govinda, Paresh Rawal, Lara Dutta, Jackie Shroff and Arbaaz Khan, Bhagam Bhag is one of those comedy movies that continues to get funnier with every scene that unfolds in front of the viewers. A complex storyline has been turned into a fine comedic plot in this film that has attained the status of a cult Bollywood comedy in India. The misadventures of a theatre group are all you need to watch to dissipate your Monday blues.

Yet again, a comedy movie starring Akshay Kumar features in this list. There was a time when Khiladi Kumar ruled the comedy world with his great comedic sense. Anil Kapoor as Majnu and Nana Patekar are also brilliant in this comedy movie. Katrina Kaif has also done a fine job in this film. Rajiv, a simpleton, falls in love with the sister of gangsters, and a hilarious situation ensues after that in this Bollywood film that you can now stream on Amazon Prime Video.

Sanjay Dutt is still referred to as Munna Bhai by a lot of his fans and admirers. The character of Munna Bhai and his loyal friend Circuit, played by Arshad Warsi, will always be remembered among the funniest pair of friends in Bollywood films. The movie is a brilliantly directed film by Rajkumar Hirani. It follows a thug Munna Bhai who convinces his parents that he is a doctor in the city. However, his bubble ultimately bursts and leaves his parents utterly disappointed. He then enrols in a medical college to get the degree to become a doctor in real. However, it’s not as straightforward as it sounds. Watch this comedy film on Amazon Prime Video to find out what I’m talking about.

Jim Carrey is, without a doubt, one of the best comedic actors in history. His movies like Dumb and Dumber and The Mask have left an unforgettable impression on people. Fortunately for comedy lovers, The Mask is now streaming on Amazon Prime Video in India. The film follows a man who gains the power of a mythical god by wearing his mask. He then uses his power to win the love of the girl he likes and also to fulfil a few desires of him. The Mask is easily among the best Hollywood comedy movies of the 1990s.

Ranbir Kapoor and Katrina Kaif feature in this innocent comedy movie that uses no vulgar or double meaning jokes about evoking laughter. The film follows a man named Prem who falls in love with a woman named Jenny. However, the twist is that Jenny is already in love with someone else. Prem then promises Jenny that he will help her get married to her lover, and this results in various hilarious situations.

7- The Girl Next Door

Another Hollywood comedy movie that will make you roll on the floor with its hilarious scenes. The Girl Next Door follows a high schooler Mathew who falls in love with his neighbour and thinks that she is the woman of his dreams. But the circumstances take a drastic turn when he learns that the object of his desire is actually a woman who has worked in the adult film industry in her past.

It’s a romantic comedy movie that spins the concept of Romeo and Juliet on its head by adding touches of exceptional hilarity to them. The movie follows Jai and Anjali, who belong to two feuding families. They pretend to be in love with each other to get revenge on each other’s families. However, they eventually fall in love for real and soon start to devise plans that can bring their families together. The movie features Suniel Shetty, Akshaye Khanna, Arshad Warsi, Kareena Kapoor and many other established Bollywood superstars.

Steve Carrell, who found great success as a comedy actor with his stint in the show The Office, plays the role of a 40-yer-old virgin in this Hollywood comedy movie. In the film, he works in an electronics store and is happy with his life. However, when his coworkers get to know that he is still a virgin at the age of 40, they devise a plan to get him laid for the first time.

Last but not least on the list of best comedy movies on Amazon Prime Video is Bridesmaids. This film follows a jobless chef who is given the opportunity by one of her friends to be her maid of honour at the wedding. However, she ends up ruining the wedding after getting into an argument with another bridesmaid at the wedding. What follows after that are hilarious situations that you will love streaming on Prime Video. 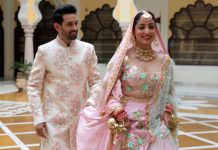 Which is better OTT platform, Amazon Prime or hotstar?